This was a tunnel from Store Street under the Ashton Canal which formed a basin here. I spotted this tunnel in around 2008, but the area has now been levelled as a car park. You can see the same tunnel on this 1977 photo of Store Street from Manchester Archives (catalogue page).

The Google Streetview shot is a historic view from 2008. The map below shows the area as it was in 1850, but does not show the purpose of this tunnel. 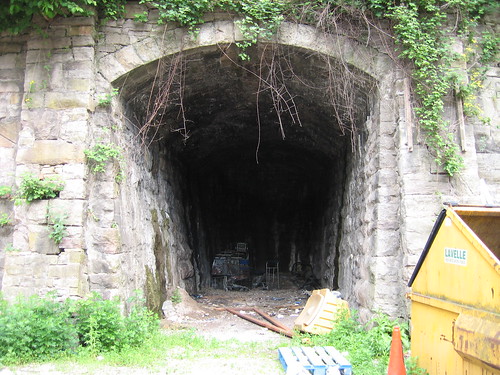