The underground canal was built in 1839 to avoid large tolls on the other connection between the Rochdale Canal & the River Irwell, and also provided a convenient route on to the Manchester Bolton & Bury Canal which terminated almost directly opposite the junction with the Irwell. The tunnel was later used as air raid shelters during WWII. The Irwell end was renovated in the 1980s and until recently underground tours were offered of the space underneath the Great Northern Railway Warehouse.

The Manchester and Salford Junction Canal is Manchester's almost forgotten waterway. It was built in 1839 to link the River Irwell and the Manchester, Bolton and Bury Canal to the Rochdale Canal. The canal was less than a mile long, with 4 locks and a tunnel below the Deansgate area. It was built to let boats get between the Irwell and the Rochdale Canal without having to pass through the Bridgewater Canal's Hulme link, the tolls for which were high.

The canal started with locks one and two, directly off the Irwell close-by the Victoria & Albert Marriott on Water Street. See a photo of this entrance on Flickr. Back then this area was known as Brunswick Basin and an arm led off the canal, shown on page 20 of Underground Manchester (Keith Warrender, 2007), and mentioned on Castlefield Canal Heritage Walk. Boats would wait their turn here to enter the tunnel.

The west portal of the tunnel was adjacent to Grape Street (then known as Charles Street), underneath ‘J H Donaldson & Co, Steeplejacks & Contractors’

Heading underneath the Granada Studios estate, the route skirts the edge of the old Coronation Street set. In the basement of one of the old Granada buildings—roughly at the spot of the west portal—is an access point to the tunnels (click the link for a photo).

Spurring off around the Granada building, a shorter lower-level alternative route for the canal (proposed by Captain Tucker) is shown on the Pigot 1813 map from Manchester Historical Maps. It would have emerged around lock 90 of the Rochdale Canal at Deansgate locks.

The actual route followed the route of Camp Street, crossing under Deansgate and then the Great Northern Warehouse, where two arms provided spurs off to goods lifts. See Andrew Brooks’ photograph from the depths of the Great Northern Railway building.

From the warehouse, the canal continued under Watson Street and locks three and four were underneath the present site of Manchester Central (close to the entrance of which a pump house was placed to redistribute water up the canal).

Eventually after crossing underneath Lower Mosley Street through what is now a pedestrian tunnel, the canal met with the Rochdale Canal just above lock 89 (Tib Lock) where a pleasant basin now houses Rain Bar.

See Andrew Brooks’ photograph from the depths of the Great Northern Railway building. Read more on Canalscape and the Pennine Waterways Page. You can see more photos of the part beneath Granada Studios from the Tunnel Inspector.

Ken Howarth has a great video telling the story of the exploration of the Manchester’s lost canal and tunnel beneath Manchester in the 1970s. 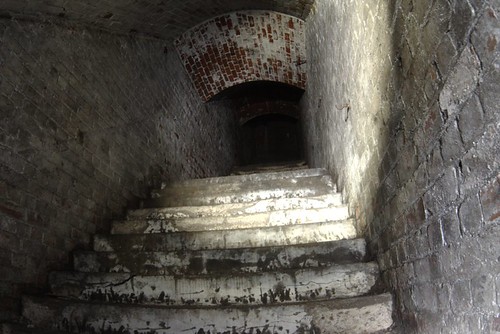 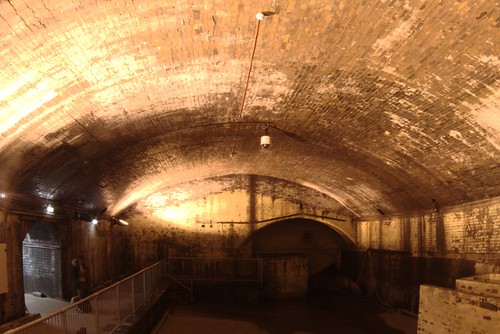 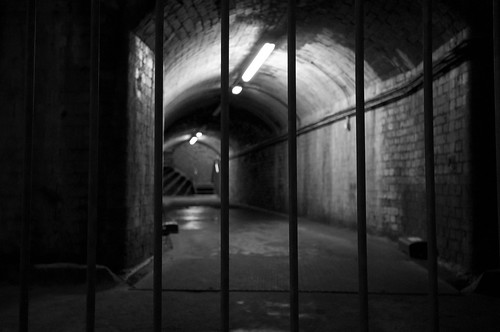 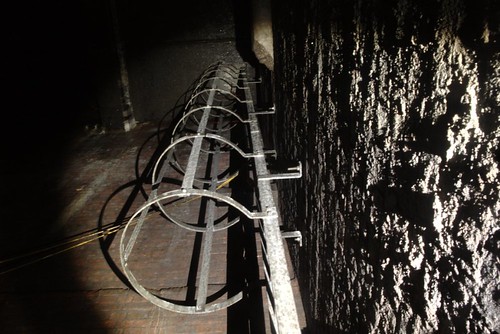